It’s the Worst Crisis We’ve Ever Had – No One Could Have Seen This Coming?

Why is it that every time some expert says; “It’s the worst crisis we’ve ever had” – or – “No one could have seen this coming?” they are excusing themselves, their organization, their industry, their bureaucracy, or their colleagues for their failure to foresee the problem and act to stop its wrath.

If you will recall, the so-called experts said this after the 9/11 attacks, even though Tom Clancy wrote a book many years the prior which was along that same concept (flying airliners into buildings)? Remember, they said this after the 2008 economic crash, even though many leaders were forewarned of the problems of Freddie Mack and Fannie Mae and government guarantees for mortgages. Now we are being told this as the Corona Virus rages havoc on populations of the world, even though the SARS outbreak coming from China was nearly the same scenario years before, although it wasn’t as contagious.

You see, as the coordinator for a Think Tank, over the years, I’ve studied pandemics, Biowarfare, and the Spanish Flu. I’ve read plenty of books on these topics, as well as non-fiction books by Michael Preston like “Demon in the Freezer” – “Hot Zone” – “Cobra Event” – and “Panic in Level 4”. I’ve also read books by other authors such as “Gravity” by Tess Gerritsen. I’ve read papers by RAND Corporation on these topics, and “The Great Influenza” by John M. Barry.

We’ve been warned and re-warned by medical professionals, historians, epidemiologists, and even billionaire entrepreneurs of the potential for a global pandemic, which could severely take its toll on human populations. Even healthcare insurance providers and business interruption insurance providers have clauses that exclude pandemics. Why? It’s simple, it would bankrupt their companies and their reinsurers, and they know it.

So, if all these people, including myself, know this, they why the hell should anyone believe the statement; “It’s the worst crisis we’ve ever had” – or – “No one could have seen this coming”? Indeed, we should let no one off the hook because they repeat this lame excuse. It’s just complete blasterdash and nonsense. Besides, regardless of the type of crisis, “THEY” always say this, and we are supposed to let them slide for their inability to deal with the situation. Ridiculous.

Pandemics are no secret. Nation-States with Bioweapons Programs are not unknown. Animal, Insect to human disease transmissions are not all that uncommon – for example, Bird Flu, Swine Flu, Ebola, Lime Disease, Malaria, The Plague, etc.

I would submit to you, that the only thing uncommon about all this, is indeed, the lack of common sense to prepare for such a challenge to human populations.

I am not all that impressed with your behavior, disregard for the inevitable, or your lack of prudence in preparing for this potential eventuality. For such an intelligent species with so much going for you, you blew it again. What good is a large brain, if you aren’t going to use it?

Lance Winslow is a runner and a nice guy. Lance also writes eBooks on all sorts of topics including this one, check out the selection. 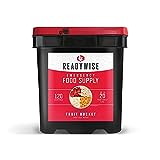