Why survival tips for backpackers? Certainly backpacking may never become a matter of wilderness survival for you, especially if you are careful in your planning. Still, getting lost or twisting an ankle far from any road is always a possibility. In any case, learning a few new things from time to time is a great way to make your trips safer and more interesting. With that in mind, here are a few random survival tricks and skills based on my own experience.

A Few Survival Tips To Remember

You can make snow-block shelters without tools when the conditions are right. I have made trench-shelters of 2 x 3 foot snow-blocks with no tools. I stomped rectangles in the heavily-crusted snow and lifted up the resulting blocks. Stacking them on either side of a trench in the snow, and then across the top for a roof, I was able to make a shelter in twenty minutes.

Syrup is made in late winter and early spring from both maple and birch trees, but it is too much effort to in a wilderness survival situation. However, you can get a couple hundred calories per day by just drinking maple or birch sap. Collecting it can be as easy as snapping off the ends of twigs and putting something underneath to catch the dripping sap. I’ve collected a quart per day for several days from one cut branch.

How about a survival tip that makes for a delicious meal? Crayfish turn red just like a lobster when they are boiled, and you get a little chunk of meat from the tail of each. Lifting rocks to find them is much more efficient than baiting them. They swim backwards, so reach from behind them to catch them.

Porcupine can be killed with a stick. They will not die easy, but they are slow, so you’ll have plenty of time. Dress them from their underside, where there are no quills. They taste good when roasted over a fire. The mountain man tradition was to never kill them unless it was an emergency, because as long as they’re around, there is easy food for survival situations.

For quick ropes and lashings in the desert, peel yucca leaves into strips and braid them together, overlapping the ends. It took thirty minutes for me to make a rope like this that four of us couldn’t break (two on each end).

I have cooked in containers made of birch bark. There are two methods. One is to drop fire-heated rocks into the liquid to bring it to a boil. The other is to use the pot directly over the flame. If the flame doesn’t go above the level of the liquid, the pot birch bark pot won’t burn, because the heat is conducted away quickly by the liquid inside.

Just stuffing your light jacket full of dried grass can effectively make it into a winter coat. It is even better (less itchy) if you have another jacket (like your raincoat), so you can put the grass or leaves between the two. Usually it will be more efficient to look for ways to modify what you already have than to try to make survival clothing.

There are hundreds of little tricks that can make wilderness travel interesting and safer. Even if you aren’t interested in practicing survival techniques, why not at least read a few survival tips now and then. Someday you may remember something that can save your life. 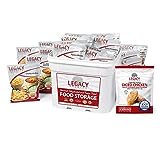